For the signs of the times…..

There are reports from reputable Christian sources that they have attempted to re-write parts of the bible and replaced it with communist ideology praising their president Xi Jinping. They allow Christian churches only if they install cctv surveillance for the government to monitor sermons. Last year they persecuted Christians and bulldozed several churches to the ground. They the Chinese government operate totalitarianism which breaches the God given right of free will. They operate a social points system to control their citizens whereby education and even travel is restricted to those who oppose the government. They monitor the movements of every citizen and employ hundreds of thousands of government officials to locally monitor activities and report to government if any breaches occur.

I must stress that this is not about having a critical view regarding Chinese people who some are our brothers and sisters in Christ but against a very controlling and Anti-Christ government. Currently, the Chinese government has closed its borders to foreigners and have reported that an economic recovery is taking place. Indeed, Beijing which is the financial center of Chinese finance has reportedly suffered very little with the effects of the Corona virus despite it having a large population. This is in direct contrast to mostly the rest of the worlds’ financial centers. Either something very strange has happened whereby C-19 has somehow missed Beijing or the Chinese government have lied.

In the meantime, the world markets have plummeted. The Dow Jones Index has had around a third of its value wiped off from its highs last year whilst the UK and European markets have suffered similar. It’s very likely that we will see further damage to the markets before the US reaches peak. The question for me is not about recession but whether or not there will be a depression in the longer-term and where the geo-political power will shift to. Whether the Covid-19 virus has been genetically manufactured and then purposely released into the public domain or supposedly transmitted from bats, the fact remains that China is now profiteering and gaining the upper hand on a global economic scale and ultimately their power and influence.

This event has affected the world in a way like never before. Such tectonic shifts are not random nor by chance but allowed by the sovereignty of our Father. We are called to be sharp with the events of this world but above all judge them spiritually.

Ephesians 6:12
For we wrestle not against flesh and blood, but against principalities, against powers, against the rulers of the darkness of this world, against spiritual wickedness in high places.

For the signs of the times, God in His sovereignty is allowing our Adversary Lucifer to move the furniture around in preparation for the time ahead…

It is not apparent yet what the next stage will be but we all need to be watching as the world goes from….’corruption to corruption’. Burying your head in the sand or following the world like sheep rather than being sharp with the Word is no excuse.

One day soon the Beast Kingdom will arise. This is the final empire which will be the most wicked of all empires incorporating The Lie at its very heart. The Prophetic Word reveals its traits. At the very least, on a worldly level, it will be a magnification of the horrors of ISIS coupled with the totalitarianism of China and much more. This Empire is designed to host both Lucifer, The Antichrist and the False Prophet who will bring THE LIE into full manifestation using both physical and ideological cohersion. Daniel the Prophet who saw this Empire in a vision was greatly troubled with the horror of it. But we as Chistians have Christ in us! We must prepare our minds and hearts and have oil in our lamps. We must not be ignorant of the Prophetic Word else we will fall away back to the world in that time. In that time, we must be bold as lions declaring with power the name of our Lord Jesus Christs even unto death.

But in the meantime let’s fill our lamps with oil, untroubled and remain watching….

Glory to our God Jah and His son Jesus Christ Yoshua. Remember the words of our Lord even when the world in the future is troubled ready to war against each other…

Matthew 24:6
And ye shall hear of wars and rumours of wars: see that ye be not troubled: for all these things must come to pass, but the end is not yet.

The Middle East has often been a hot bed of intricate political chaos but Bashar al-Assad and his regime continue to clearly divide the world into two camps. The support for Bashar al-Assad is quite unprecedented. The great nuclear super powers of Russia and China out rightly support him. They have continued to veto taking military action against him at the UN. In the last few days Putin has used the G20 to publicly strengthen his stance against President Barack Obama’s intention to deploy a military strike against the Syrian government. Obama and several other world leaders have accused Assad of using chemical weapons against his own people.

Interestingly, Israel has kept silent in the midst of all this debate but some of those supporting Assad have spoken about attacking Israel if Syria is attacked. Furthermore, the divide between the world’s superpowers regarding Syria, as well as the existing tensions in the Middle East, will likely escalate the entire situation to where the world has never been before. However, many questions have yet to be answered.

For us, God does not declare in His Word the dates of when prophecy will be fulfilled, but we do know bible prophecy is Middle-East and Israel centric. Before the final 7 years occur the world stage will need to have been prepared. This stage is now being set before our eyes. As God’s children we are instructed to watch and be aware regarding what’s happening around us. So let’s watch!!

(To keep yourself up to date with the events in the Middle-East, visit our news feed by clicking here)

Below is a link, from Al Jazeera. This is an interactive map illustrating the political and military positions for and against military intervention in Syria. Click on the picture to open up the interactive map in another page… 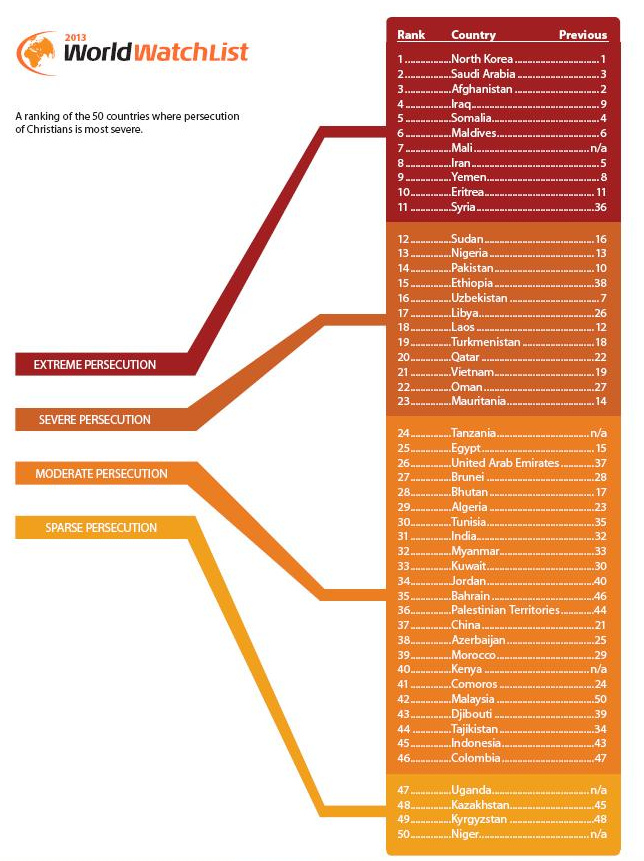